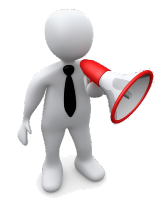 Welcome to the new AAIR website. All the information from the old website is included here plus a whole lot more. Website navigation has been simplified and improved. All database tables now have search capability and also scrollable lists. Databases have been expanded with missing information and several new databases have been added. Privacy has been improved and all email is managed in a secure environment. Please email AAIR via our Contact page if you have any issues with the new site. We will make every effort to implement rapid bug fixes. Enjoy your visit!

Special message from Craig Fuller - Due to a family member's serious illness I will be unable to respond to emails or order requests until the January timeframe. If you have submitted an order or email please be patient and know I will get to them as soon as I possibly can.

For the past 27 years, Aviation Archaeological Investigation and Research (AAIR), has been researching and documenting military aircraft crash sites in the Western US. Frustrated with the long wait and the cost of obtaining documents from the government, AAIR acquired all of the military accident report and aircraft record card microfilm reels, over 2000 in all!

What is Aviation Archaeology?

Aviation archaeology is primarily the locating and documenting of old aircraft crash sites. It focuses on the preservation of these sites and of the history surrounding the activities that caused them. There are many ways to preserve crash sites and their history. However, a major barrier that stands in the way is a lack of knowledge on the part of the public and land managers. First, I would like to emphasize that aviation archaeology is not the recovery and restoration of wrecked aircraft. It is possible to have a successful aviation archaeology expedition without anything being recovered; however, no recovery should be done without also involving aviation archaeology. Though recoveries preserve the aircraft themselves for future generations to see, which is very important, the act of recovering a crash site destroys information and history. All recoveries should involve proper documentation of the site before and during the recovery. Thought should also be given to the placing of a memorial and the display of some of the artifacts in the condition as found.

As you may know if you’ve been to a site, visiting a crash site can have a tremendous impact on ones awareness and understanding of this time period and can provide quite an education. During WWII, over 15,000 USAAF personnel gave their lives in aircraft mishaps within the United States. That is more than half of all of the personnel lost in air combat over Europe during the entire war! While their deaths were not seen as being as "glamorous" as combat deaths, they paid the ultimate price for freedom nonetheless. This was part of the price of WWII as well as the Cold War. Many of these people have been forgotten and the history lost. The goal of aviation archaeology is to record these incidents in historical context rather than record just why it crashed as can (sometimes) be found in government records.

One area that needs to be addressed in aviation archaeology and in the recovery of aircraft is ethics. Many people take home a few souvenirs from their visit. If everyone keeps doing that, the sites will disappear. Most ethical people would not take home a piece of pottery from Mesa Verde National Park. It is a shame to see how these sites are disappearing. The difference between what is at the B-25 in the Rincon Mountains of AZ today versus what was there several years ago is astounding. It is still a great site only because of the large pieces that remain, probably due to its remoteness. Many of the smaller more interesting items, along with a rudder, are gone. I hope that they are being used for a restoration and not sitting in someone's garage where no one can benefit from them. It is great if one leaves that "cool" instrument there so the next person can see it too, but odds are that the next person will grab it and just put it in his garage. Therefore, what needs to be done is better education of both public land managers and the general public about the importance of these sites.

The public land managers need to learn that in some cases it is better to recover the wreck (after properly documenting it). The restored and flying aircraft provide a very important part of educating the public on aviation history, sometimes more so than a wreck out on a hillside. However, some sites should be left in situ so people can see a crash site in its natural setting. Unlike in traditional archaeology, the sites left in situ should be the most common and least historically significant aircraft. Examples of rare aircraft should be in museums where they can be properly preserved for future generations to see. The crash site’s location and decomposing elements should also be taken into consideration. An aircraft left out in the elements will not last several hundred years like an arrowhead. The parts and wrecks that cannot be used for flying or static displays and are in a good preservation environment are important in historical and educational value (as memorials and teaching tools). The crashes are an important resource that belongs to everyone; they are not trash sitting in the forest waiting to be picked over for souvenirs.

The Navy has received quite of bit of flak for its stance on USN aircraft wrecks. They emphasize preservation and minimize recovery by outside parties. They claim ownership of all of their wrecks (while the Air Force does not) and make it very difficult for recovery/restoration operations. Some have accused them of hoarding the sites for their own museum. While their stance may be a bit too harsh or unfair, it does have some merit. Most people are under the impression that the wrecks are sitting there for the taking. On public land there are laws that protect the wrecks and the Navy has been the only one to bring it to our attention. (Please see "USN Policy" concerning aircraft wrecks on our Links page for more information).

Aircraft crash sites provide information, history, and education. Aviation archaeology's goal is to preserve the information and history and to ensure the education of the public about the aircraft and the history surrounding them. If you like visiting these sites, please help preserve them so that other people can also see them. While we are at it, let's try to record the sites while they are still around and we can still interview some of the participants. See our Research Projects page for additional information.